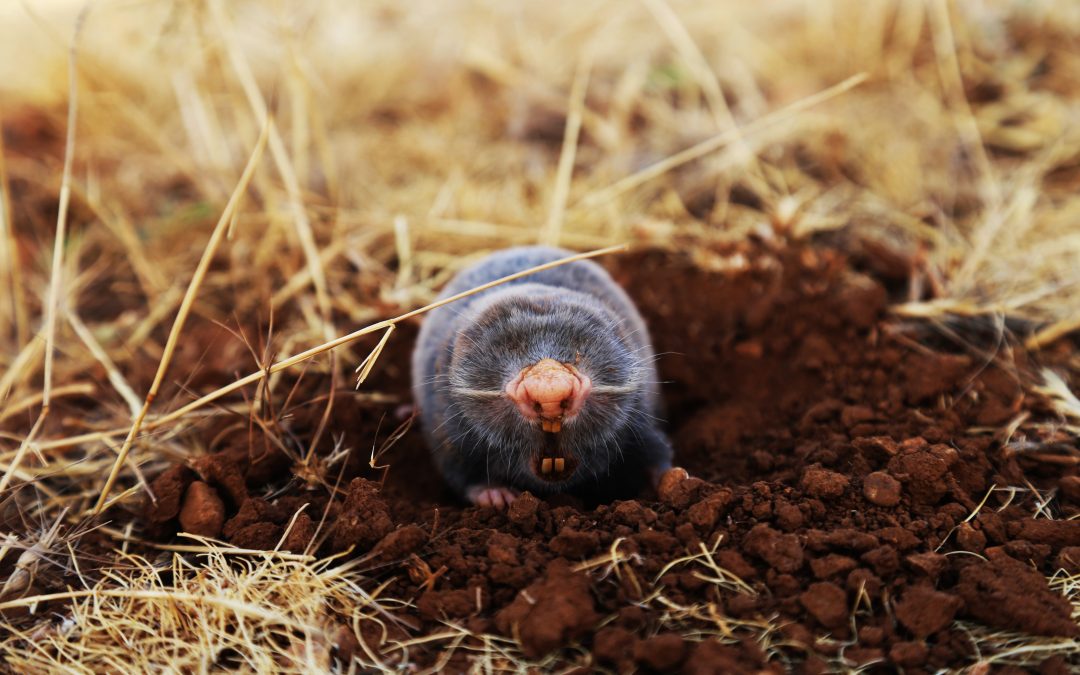 While we’ve talked about pests before, moles on golf courses are obviously a very different animal to chafer grubs or leatherjackets. However, they can still pose issues towards golf courses. Moles do not destroy individual blades of grass on a mass scale, but their burrowing can create unsightly tracks and molehills across the green. Not only are these an eyesore but they can also create unstable patches of ground. This disrupts play and can even be an injury risk, especially for elderly golfers.

First, a note on legality. In the UK, moles are legally considered verminous creatures. This means they are not protected from killing so long as it is done humanely and by a professional, licensed molecatcher.  Just as many common pesticides have been banned, the poison most used for killing moles, strychnine, has been banned from use. This limits the ways moles can be dealt with. Aluminum Phosphate is legal to use on moles (though only by a licensed professional). However, since this is a gas instead of being used as a poison bait, it is significantly less effective than strychnine.

Moles, as many know, have very poor eyesight and so some effort has gone into creating sonic deterrents to try and drive them away with powerful vibrations. However, these sonic traps have proven to be largely ineffective at best. Therefore other methods are needed.

The first is depriving the moles of a motive to burrow in your grounds, by depleting your soil of earthworms. Making soil very acidic (below 4.5 pH) will tend to drive away earthworms and therefore moles. Using sulphur-based fertilisers can lower soil pH. However, if the soil gets much more acidic than this it will start to affect the turf itself. Therefore, check with your greenkeeper on how to manage your soil pH for the most desirable level.

The second is to use mole traps. This will require expert assistance from a professional molecatcher. While there are traps that can incapacitate moles instead of killing them, since these often lead to massive distress for a mole kill-traps are often preferred. These traps must be set so that death is as certain as possible. They must also be deployed in a manner that is least likely to lead to the death of a non-mole animal. The Guild of British Molecatchers recommends that kill-traps be checked at least once per day to make sure that any moles caught are dead and not left wounded and alive in the traps.

The third is active measures – to have a molecatcher actually shoot the moles. This can be useful for dealing with a small problem. It can also be a fallback if other solutions have not been effective. However, since it is not particularly systematic it should not be the first port of call for a large mole problem.

At Mango Golf Management, we bring decades of hands-on industry experience in dealing with all sorts of issues that may face golf courses. If you’re having problems with moles and want a bespoke solution for your club, or if you have any other concerns that you wish to speak to our staff about, feel free to arrange a free 30-minute consultation with us.