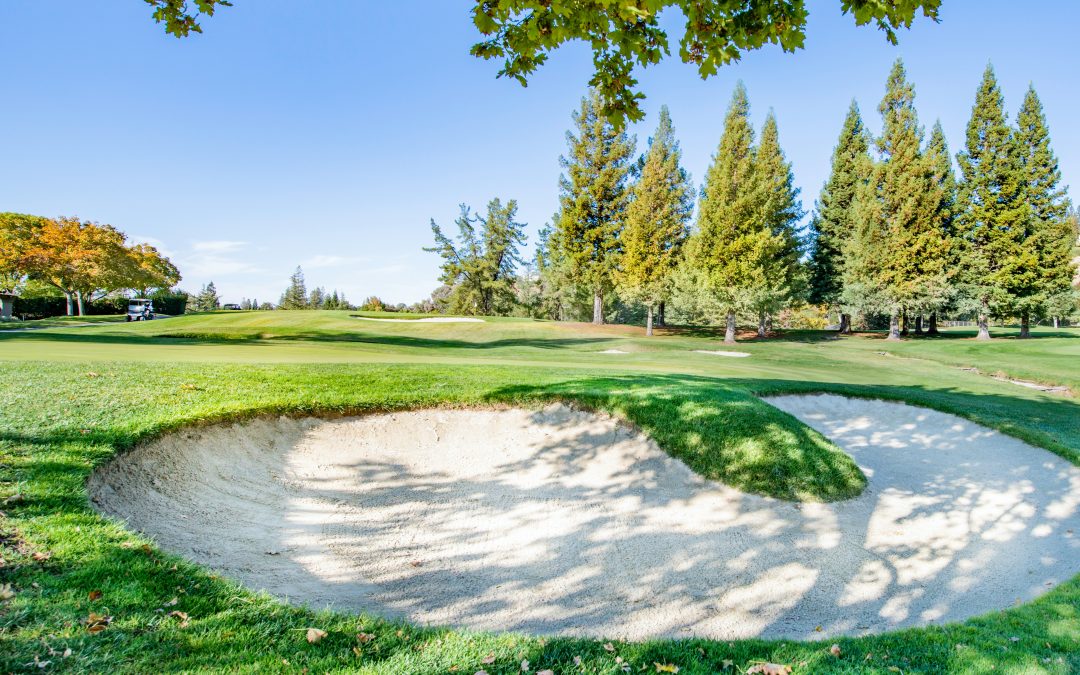 Before the invention of the sand wedge, the pitching wedge (then known as a jigger) was the highest arc tool golfers had access to. Even these were relatively niche, often being considered part of the iron series as the ’10 iron’. Whereas we might think golf clubs as falling into four central roles – woods, irons, putters and wedges, before the 1930s it was largely just the first three.

But in 1931 one of the most significant developments in the history of golf would take place. The idea of a specialised club specifically for escaping from bunkers had existed before then. In 1928 Scottish golfer Edwin McClain developed a club with a spoon-like head for scooping balls out of the sand and into a high arc. But the design and others like it ran afoul of regulators. No reason to let the sport devolve into lacrosse.

A more elegant solution was devised by the legendary Gene Sarazen. During a plane ride with aviator Howard Hughes, Sarazen took interest in the design of the wings. They realised that the principle of how the flaps on the wings helped increase lift and reduce drag could also be applied to a golf club for the purposes of slicing through sand in the course of a swing.

Sarazen made some alterations to the metal back of his pitching wedge. This is the first club we could conceivably call a modern sand wedge. Initially, he too feared that his design would be banned. Slipping it furtively past officials, he was victorious in the 1932 British Open with it.

Ultimately the new design was a literal smash hit with both regulators and golfers. The significance of a pivot towards wedges would not end there. It would also lay the groundwork for further wedge designs that provided different arcs, such as the lob wedge and the gap wedge.